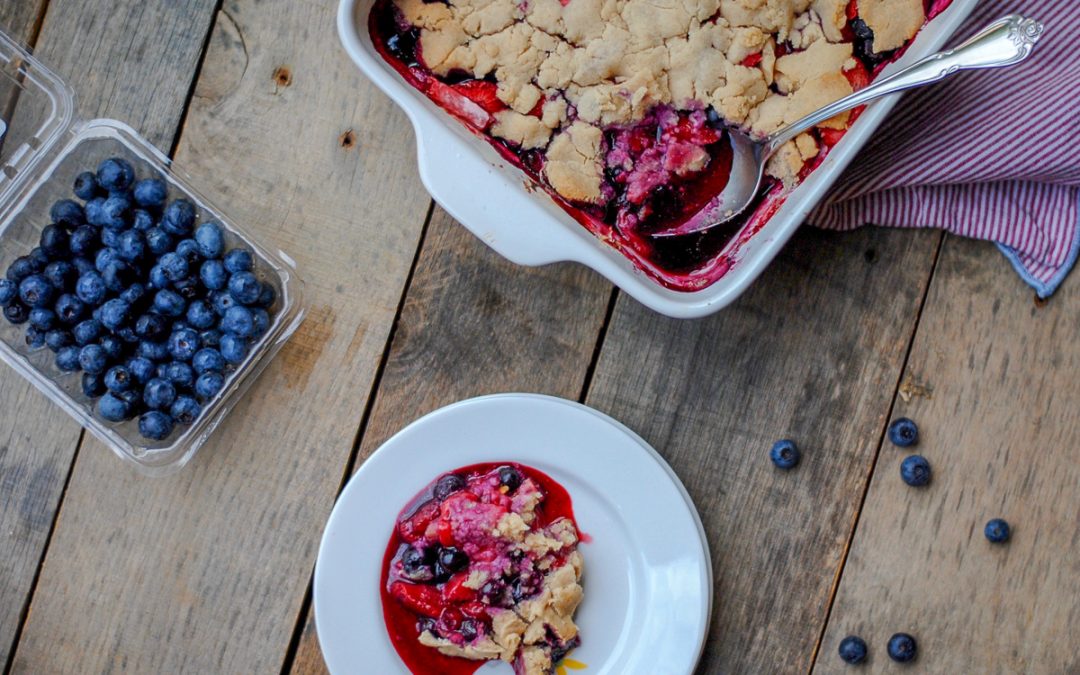 Facebook128Pin745Email2Shares875
A delicious blend of strawberries and blueberries topped with a grain-free topping that’s both paleo and vegan. This tasty grain free berry cobbler is simple to make, and full of nutritious foods! It’s the perfect summer dessert that’s healthy and dairy-free.

Fresh berries are one of the only fruits that I get excited about. Of course there are many said health benefits of berries, including being anti-inflammatory as well as aiding in skin health. But the truth is, I just enjoy their taste and the fact that they are low in sugar. Today I’m sharing a healthy paleo dessert recipe that’s also vegan and nut-free: paleo berry cobbler. 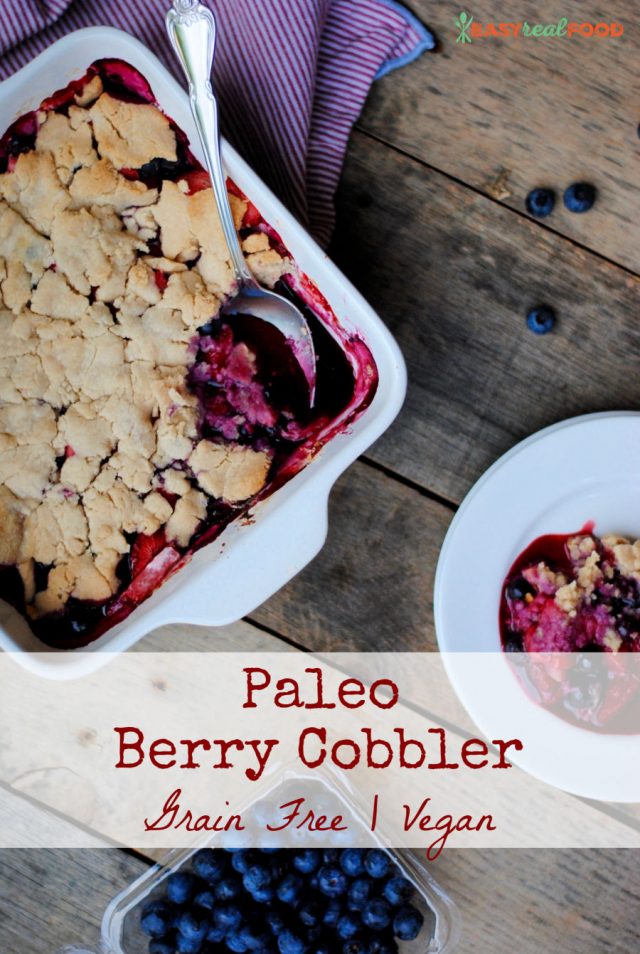 When I gave up grains, I thought that foods such as desserts like this berry cobbler were a thing of the past. Lucky for me, I found that there are many gluten-free foods and grain free flours that can create wonderfully delicious desserts. Some of my favorites are cassava flour and coconut flour, which bake up together in this paleo berry cobbler to make a perfectly crisp and brown topping that’s soft and slightly gooey on the inside. Truth be told, this is scrumptious served warm but I also enjoy it cold, too! 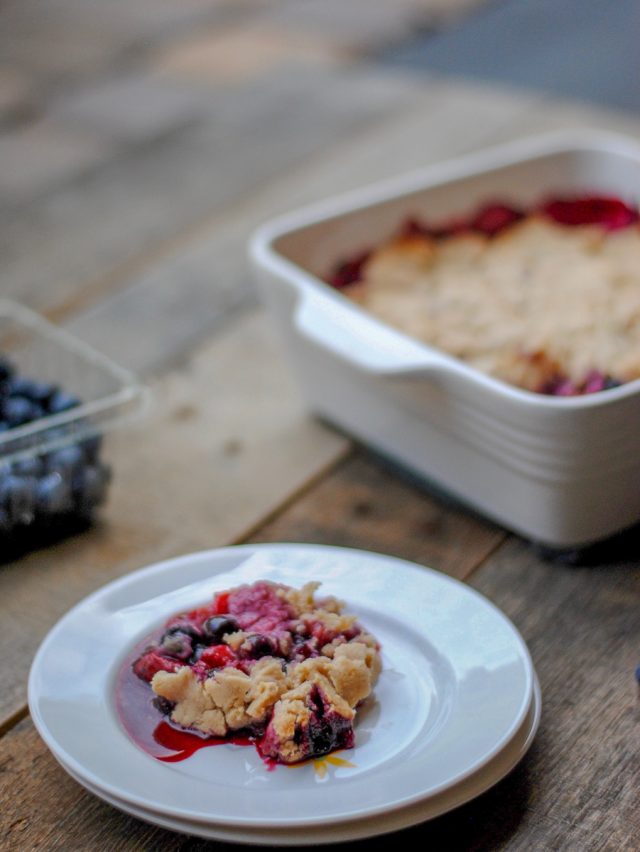 What’s the difference between a cobbler and a crisp ?

The answer to this comes down to the topping. Each of these desserts include baked fruit – what’s different is the topping that brings it all together. A crisp generally includes oats or granola in the topping, which yields a (shocking) crisp topping. A cobbler generally has a batter or biscuit-type topping. In this case, we have a grain-free topping that’s crisp and golden brown on the top, yet soft and slightly gooey inside and on the bottom (where it meets the fruit). It’s a super yummy and still healthy dessert! 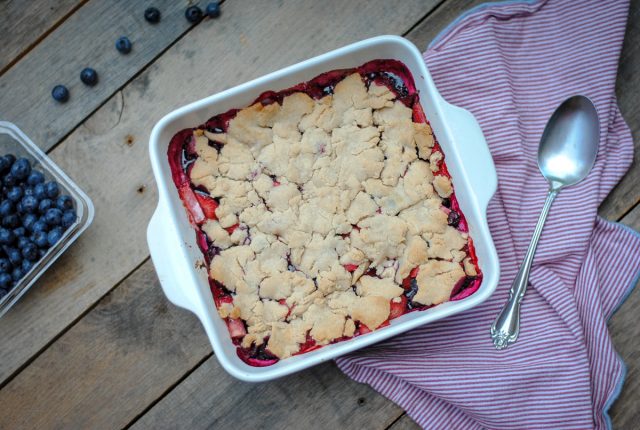 Items You Need to Make a Paleo Berry Cobbler 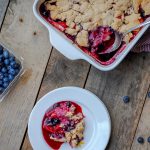 A delicious blend of strawberries and blueberries topped with a grain-free topping that's both paleo and vegan. This tasty grain free berry cobbler is simple to make, and full of nutritious foods!

Other paleo desserts that you may enjoy: