I Quit Coffee … and Felt Great 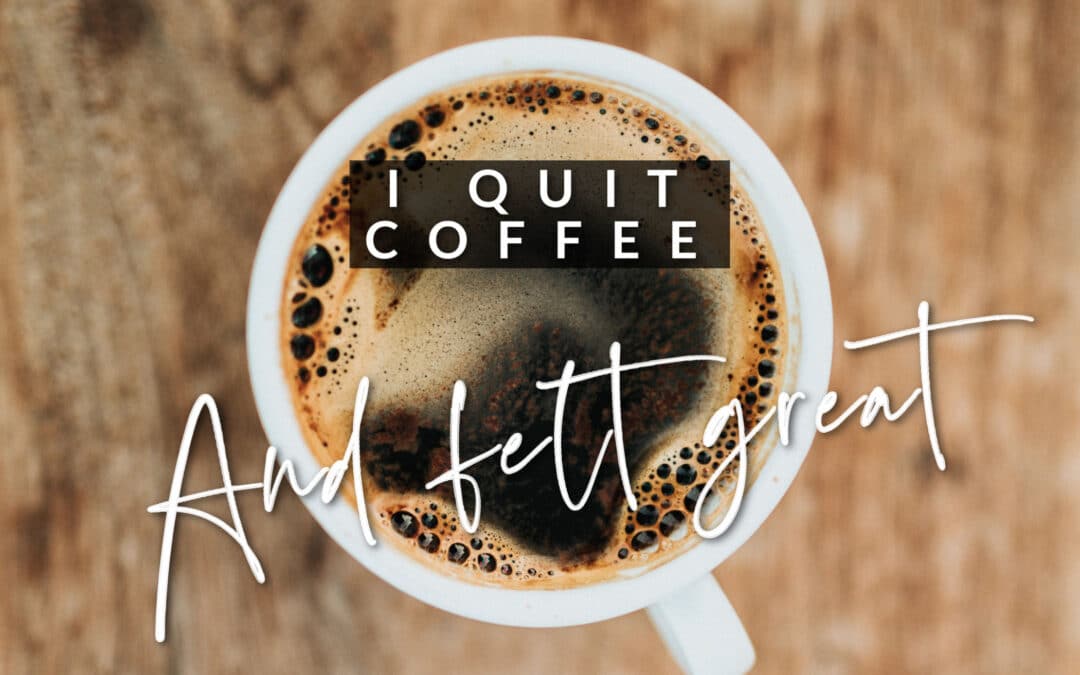 I quit coffee and felt great. Whether you want to know or not – the benefits of quitting coffee, your answers to whether quitting coffee will improve your skin, and alternatives to coffee.

I Quit Coffee and Felt Great

I know this is the post that many of us don’t want to read. And trust me – I’m with you. Truth be told, I LOVE coffee. But my relationship with it has ebbed and flowed over the years. I mean, I have four kids. I kicked the habit each time I was pregnant. But each time I had them I was back to it. Quickly.

Other instances throughout my life have caused me to push my beloved Joe to the side … like when I had my breast implants removed. Most recently, I felt the need to reel things in. I was getting a little out of control with my caffeine consumption so I needed to wean myself. And you guys, I felt good. My skin looked good. I’m not sure if I was happy or sad about it. 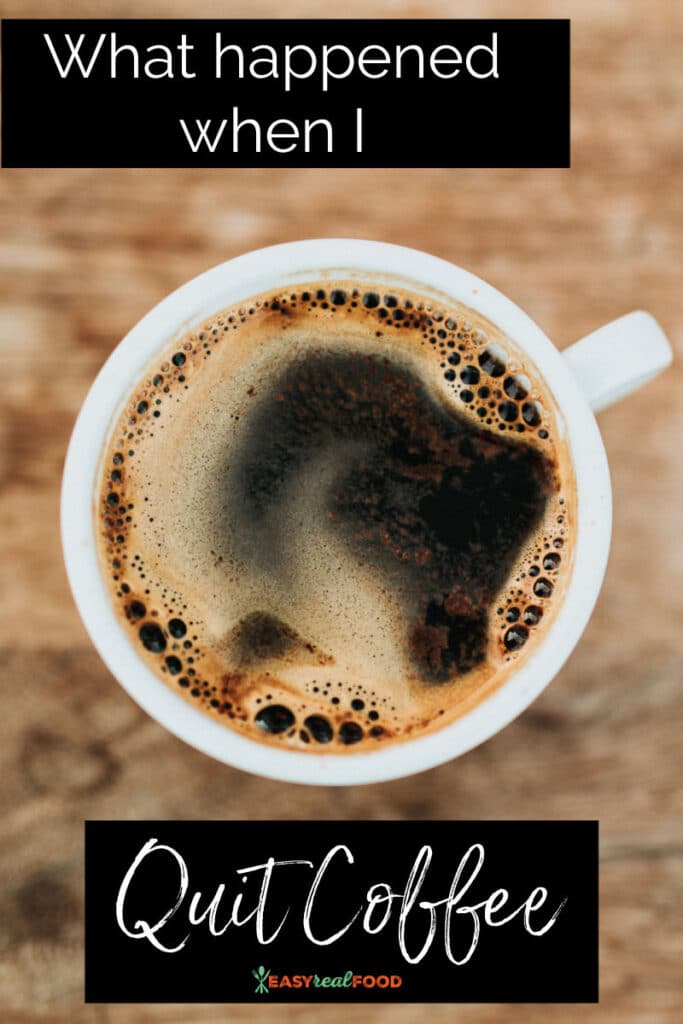 Let’s cut to the chase, because this is what everyone wants to know. What are the benefits of quitting coffee?

Should I quit coffee cold turkey?

How you do it is entirely up to you. Many people like to embark on quitting while doing an elimination diet, or some type of a reset; in this case, you do go cold turkey. For others, weaning themselves off of it is the say to go. You can do this by slowly cutting back—for instance, doing 50/50 regular coffee and decaf. And slowly transitioning those percentages over to all decaf. Keep in mind that decaf coffee has minimal amounts of caffeine,

Note that if you go cold turkey, you have a higher chance of experiencing withdrawal symptoms. That said, you also may have an easier time quitting coffee by going cold turkey and either immediately replacing it with an alternative (see below) or waiting for the withdrawal symptoms to subside before adding a substitute back in.

Some people report feeling like they have the flu. Others find that taking a daily nap can help the symptoms. My advice: be prepared for a few days of some uncomfortableness, just in case. To avoid this, slowly wean yourself off of coffee as explained above. 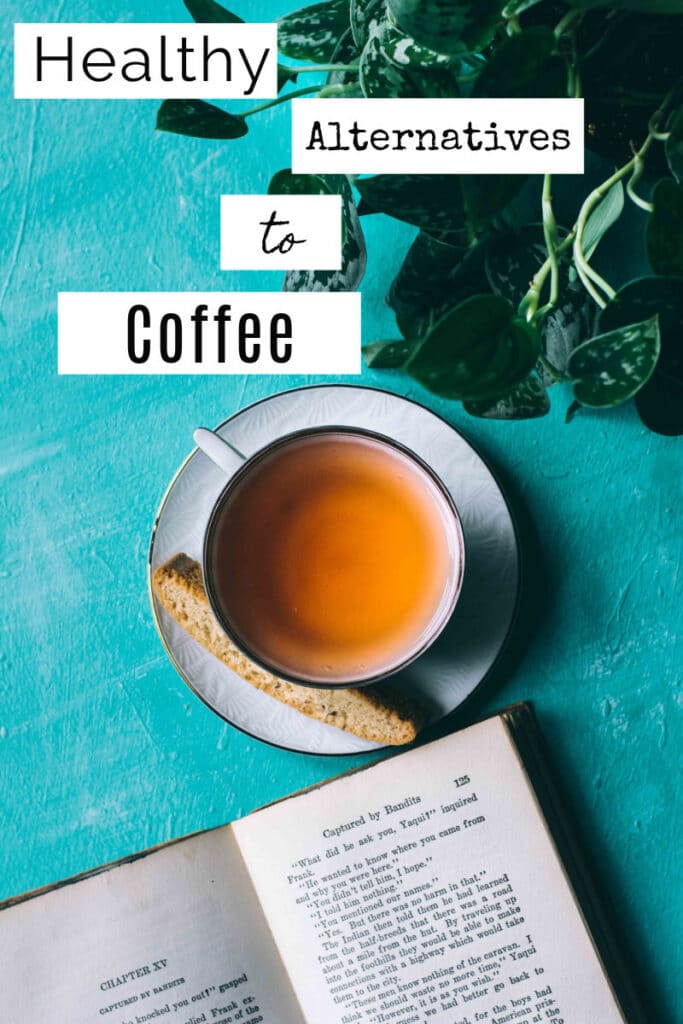 Lemon water – Okay, so this one won’t give you energy, but it’s a warm, clean beverage that’s fantastic to have first thing in the morning. To make, heat some water on the stove until warm. Be careful to not make the water too hot as it can kill the benefits of the lemon. Add a splash of lemon (or to your liking) juice to the water and drink before enjoying anything else. A boost of your daily dose of Vitamin C is just the beginning – you’ll also reap benefits such as gaining antioxidants, supporting your exercise, metabolism and more.

Green tea – full of amino acid L-theanine and epigallocatechin-3-gallate (EGCG), green tea has many potential benefits including increasing fat burning and potentially protecting the brain from aging. Simply swap out your cup of coffee to a green tea and reap the benefits!

Matcha – when young tea leaves are ground into a bright green powder, they create matcha – a compound that’s full of chlorophyll and nutrients which have been found to be very beneficial. Take your green tea game to a next level by trying out matcha (which is a powder that’s mixed with hot water).

Chai – Another tea-based alternative, chai is traditional to the Indian culture and contains black tea mixed with spices such as cardamom, clove and ginger. I love this masala chai powder which is all organic and made with no filler, gluten or dairy.

Golden Milk – On of my tried and trues, this Turmeric Tea (Golden Milk) is a warm beverage that incorporates invigorating spices such as ginger, cinnamon, turmeric and black pepper. I make mine with coconut milk or hemp milk, both which are plant-based and provide vitamins and minerals, and healthy fats as well.  Besides giving your drink a beautiful golden color, turmeric may have powerful anti-inflammatory properties due to the potent chemical curcumin (7Trusted Source, 8Trusted Source).

MUD\WTR™ – MUD\WTR™ is a coffee alternative that was introduced to me by one of my friends who also gave up coffee. She swore by it, so I tried it – and loved it!!  MUD/WTR consists of organic ingredients including the following: Organic mushroom blend (chaga, reishi, lion’s mane, cordyceps mycelial biomass cultured on organic oats), Organic cacao, Organic Spices (cinnamon, turmeric,  ginger, cardamom, black pepper, nutmeg, cloves) black tea powder and Himalayan pink salt.With 1/7th the caffeine of coffee, mud gives you natural energy, focus and more without the jitters and crash. I.Love.It. And it’s good for you!! I highly recommend trying it. 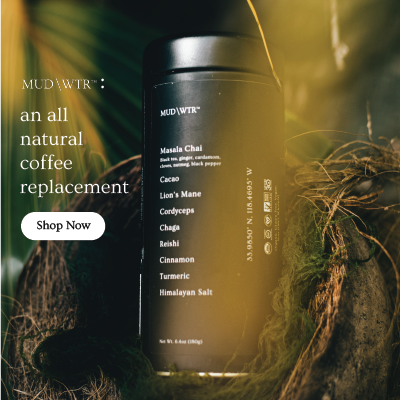 What did I learn when I quit coffee? 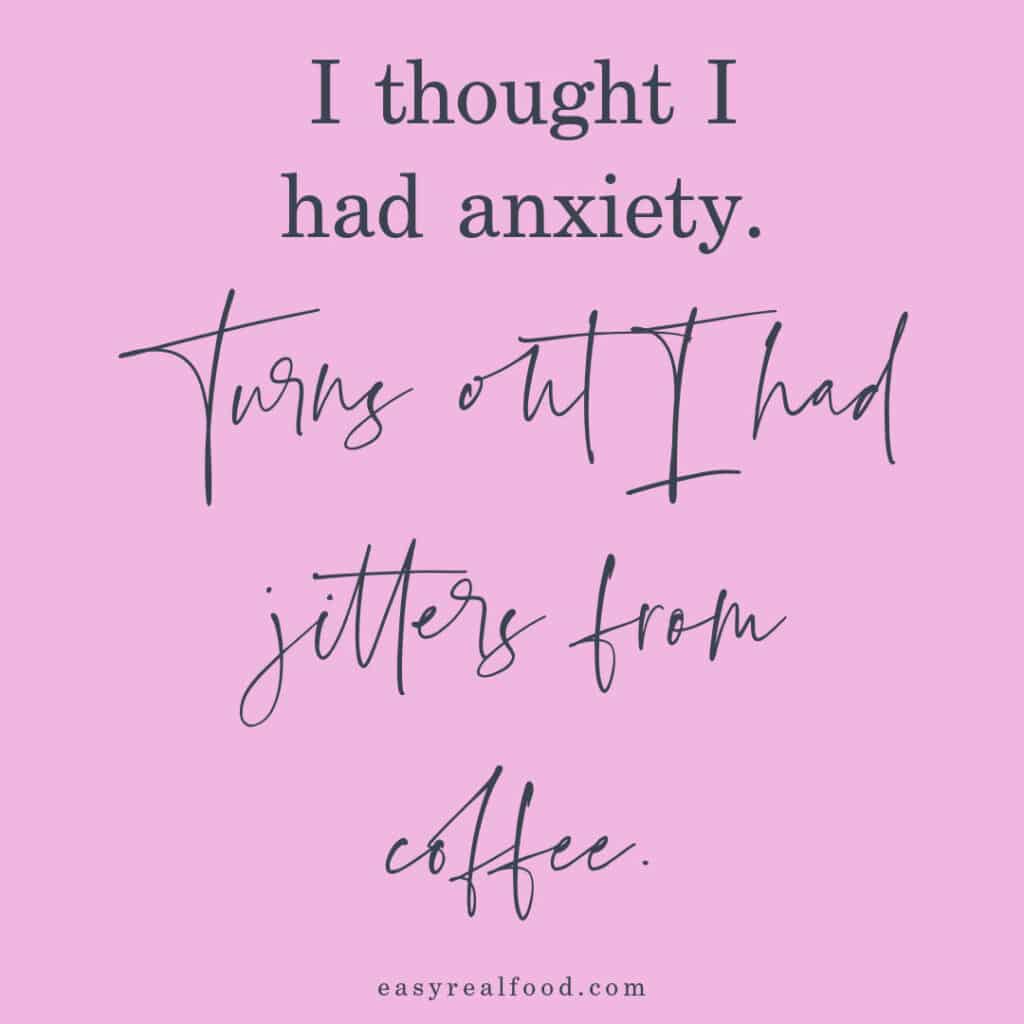 So there ya have it. I’d love to know what your relationship is with coffee. Have you tried quitting coffee? If so, how did it go?