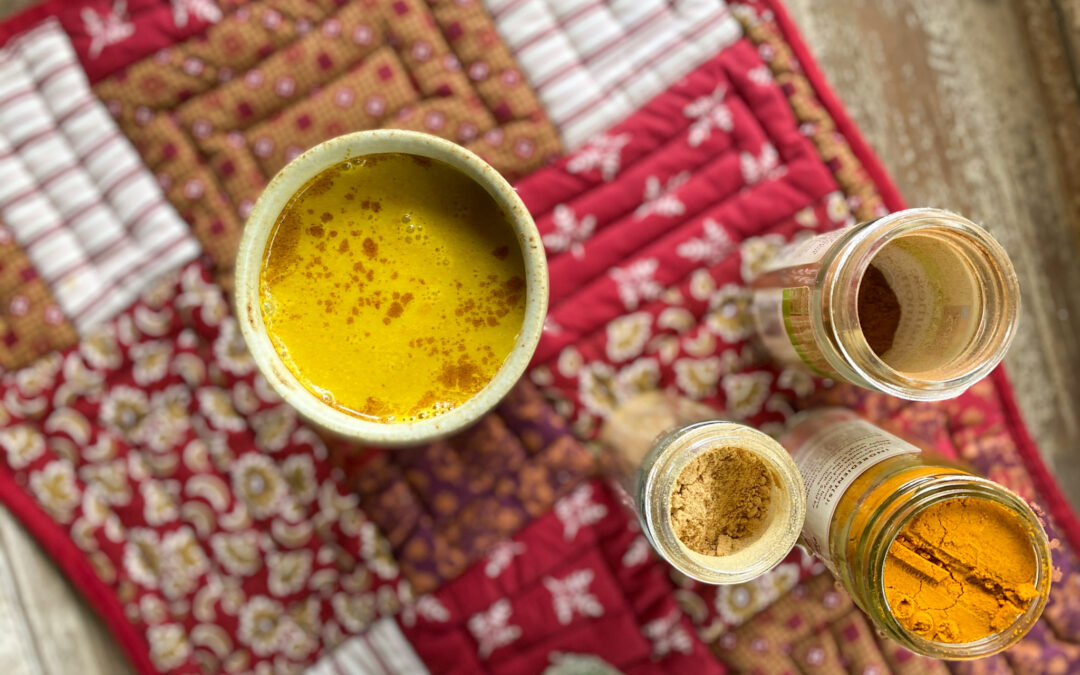 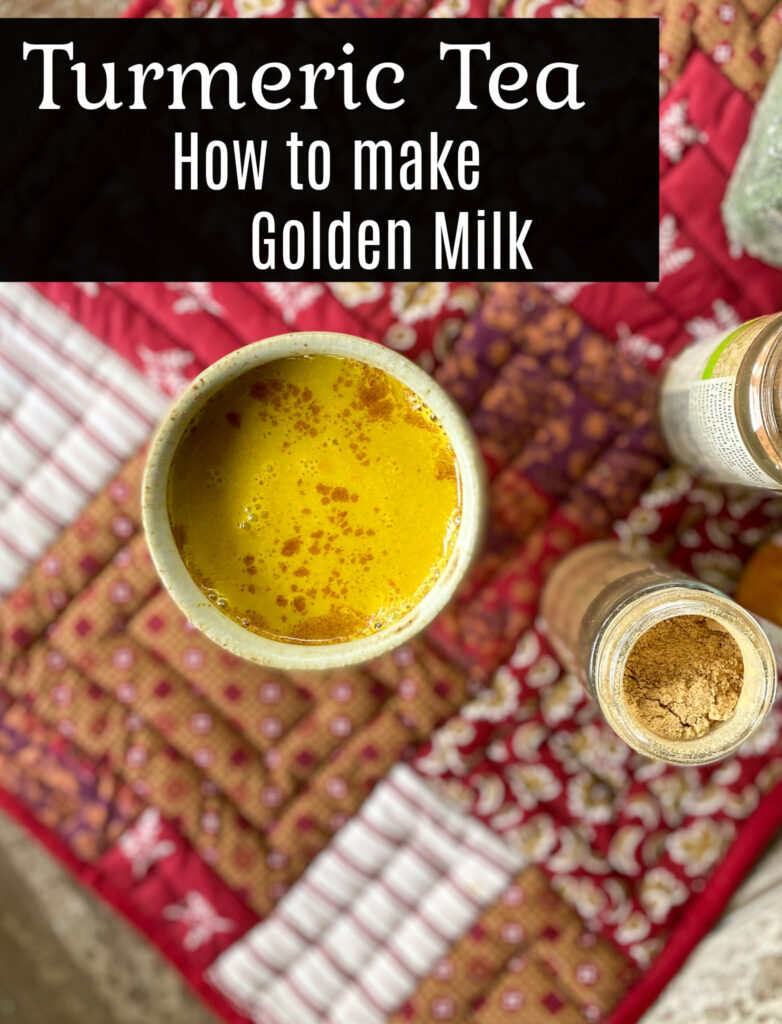 If you’ve read my story, you know that I had my breast implants removed about 6 months ago. Whether my “issues” were all caused by them or not, I definitely have my share of them over the years. Some of my diagnoses over the years include leaky gut/food sensitivities, hypothyroidism and rheumatoid arthritis. And of course my breast implants were a foreign object, which means that they could be perceived as an intruder, causing an inflammatory response. Bottom line – I am fighting inflammation. And so, I am trying to exclude inflammatory foods (processed foods, gluten, dairy, alcohol, etc.) include anti-inflammatory foods such as berries, green tea and turmeric.

About turmeric tea, which is also called golden milk

Turmeric is a spice that comes from the turmeric plant. It’s commonly used in Asian foods, such as curry. Because my father is Indian, I grew up eating mostly Indian food – which means I actually had a bunch of turmeric growing up without knowing it. Yay! In the Indian culture, or Hindu religion, more specifically, turmeric is seen as sacred and often used in wedding ceremonies and also for food and fabric dye. On that note – be careful, as it can be staining!

Because there are said benefits of turmeric, many people try to find ways to add it to their diet. Turmeric tea is a simple way to add it to do this daily. Also called golden milk, or haldi doodh, turmeric milk basically includes milk (or dairy-free milk), turmeric and sweetener. There are different variations out there, such as my recipe for turmeric tea, which we will get to. 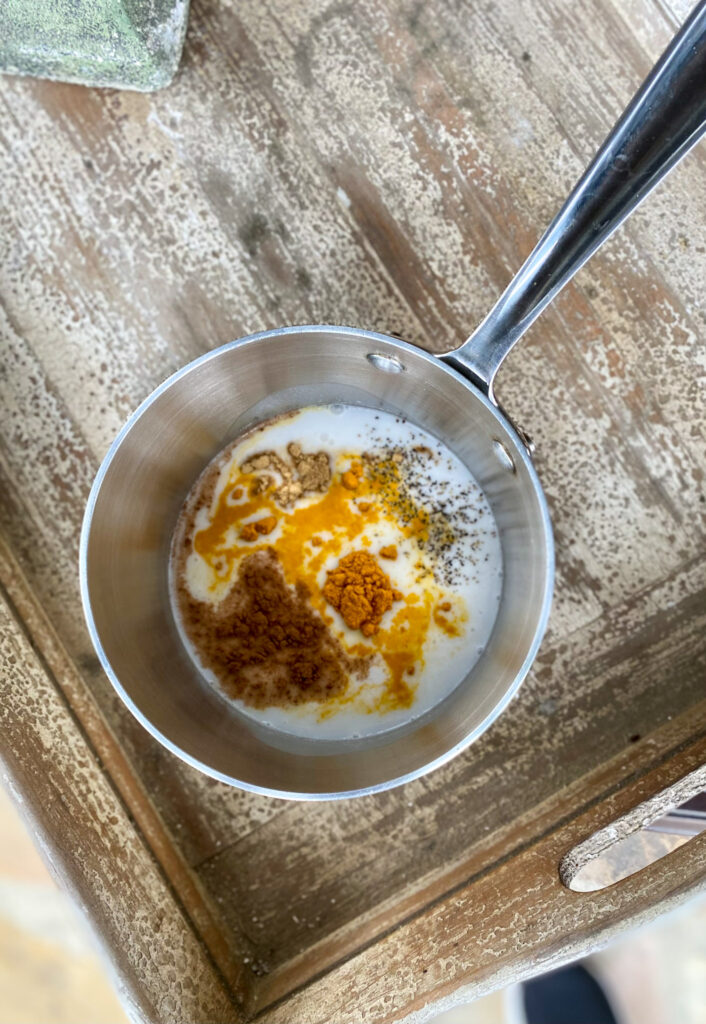 Many people like to drink golden milk before bed because it is so warm and soothing. It’s almost a healthy comfort food! Curcumin, the active compound in turmeric, has strong antioxidant properties. Cinnamon and ginger also carry antioxidant properties, and the benefits of antioxidants are to fight off cell damage. Turmeric and curcumin have many said benefits including potentially reducing inflammation, being anti-fungal (see ya, yeast infections!) and anti-bacterial. In addition, ginger and turmeric are both said to aid with digestion. So whether you choose to have it in the evening some time after a meal, or even earlier on in the day (this is what I prefer), you are setting yourself up for a good day or night. 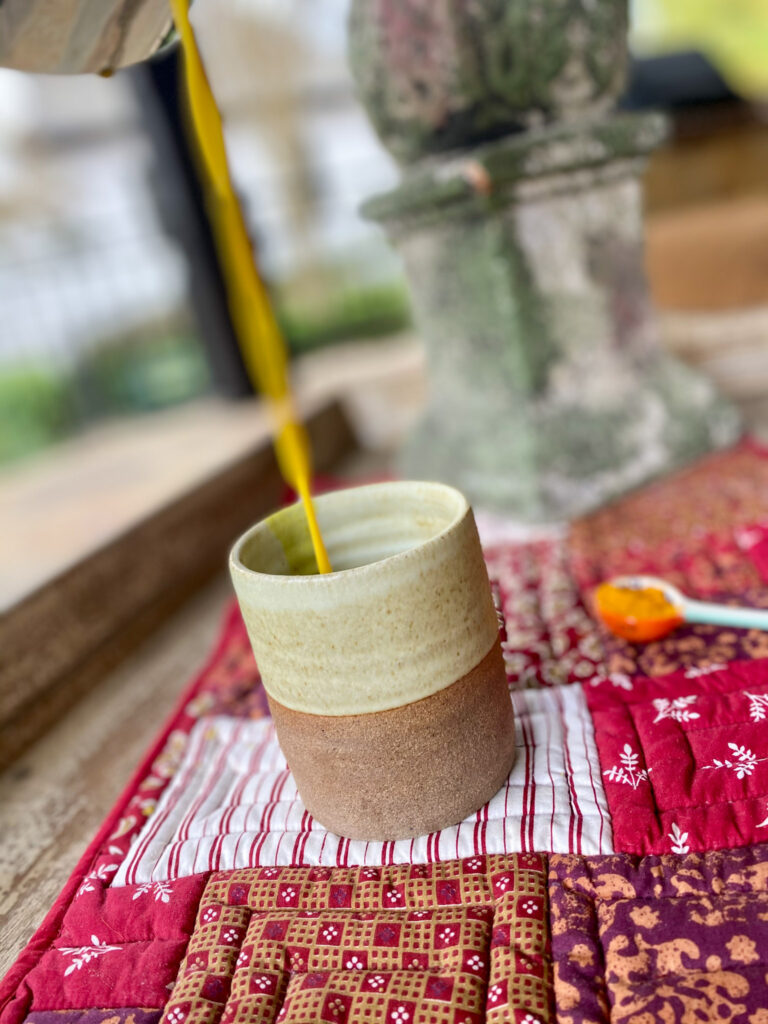 I don’t personally add any sweeteners to it, so it tastes like a warm, comforting and slightly spicy beverage. It is very soothing! If you add sweetener, use it sparingly – 1 tsp of honey or maple syrup or even stevia. This will add to the flavor profile.

Is it good to drink turmeric milk everyday?

I actually read a post from a woman who drank it every day for 30 days. While there were not astounding results from it, the biggest benefits are going to be from the turmeric and cinnamon and their anti-inflammatory properties.

What type of milk to use in turmeric tea?

If you typically use dairy, I suggest using whole milk. There are conflicting opinions on whether dairy causes inflammation, but if your purpose of making golden milk is for anti-inflammatory purposes, I suggest using a dairy-free milk to err on the safer side. That said, I personally like to use coconut milk – from the can. I typically choose full fat coconut milk, but reduced fat coconut milk will work fine as well. If you prefer almond milk or hemp milk, feel free to use these – just be mindful of the sweetener within – I would suggest using unsweetened.

What type of turmeric should I use? How about cinnamon?

I always recommend organic spices, so in this case, organic turmeric and organic cinnamon. Especially in a case where you are ingesting them for health reasons, you want to make sure that you have the cleanest ingredients within. 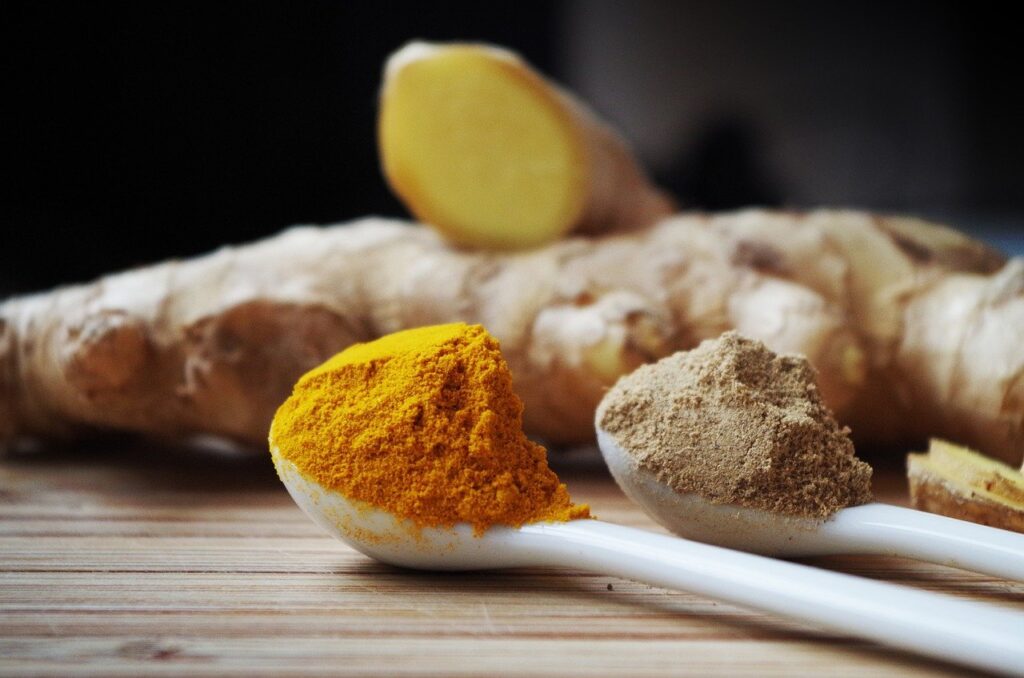 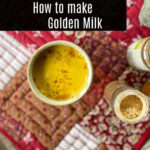 Easy Turmeric Tea (also called Golden Milk) includes turmeric, ginger and ground black pepper and can be made with dairy free milk; it's easy to make compliant with Paleo, Whole30, Keto and Low Carb diets and is a super healthy beverage!

I’d love to know if you try this turmeric tea, and if you enjoy it. And before I leave you – a few more recipes for you!

Other Indian Recipes You May Enjoy